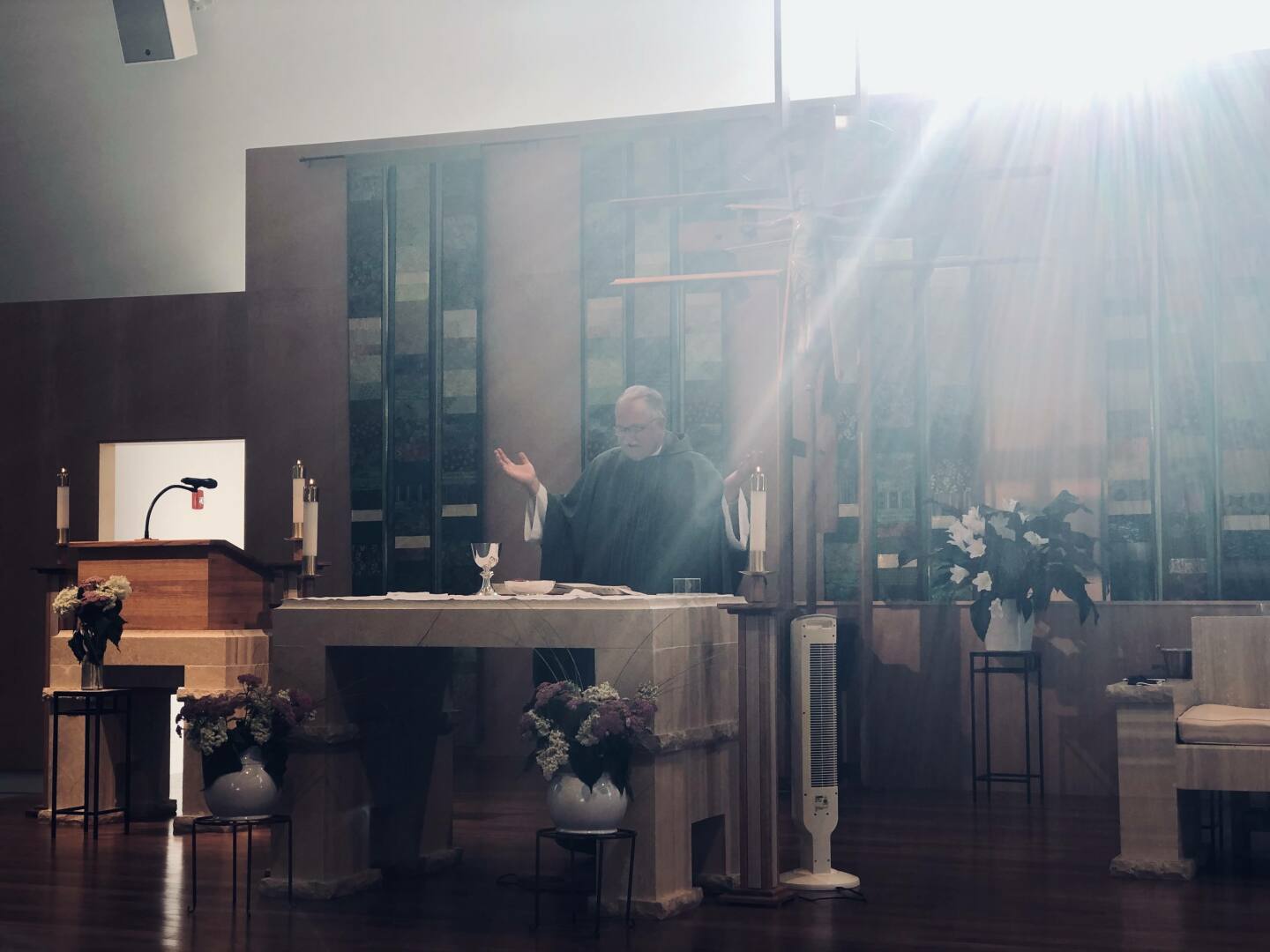 1900 A chapter of the Newman Club was established on the campus of the State University of Iowa.

1935 St. Thomas More, the patron saint of lawyers and students was canonized.
L.H. Barnes, a portrait artist, prepared a portrait of St. Thomas More which hung in the reception hall of the original student center.

1936 A Catholic foundation was established on the U of I Campus (the first in this country in a secular university or college).

1940 Bishop Rohlmann purchased the Psi Omega Fraternity House to be used as the Catholic Student Center. Father Brugman envisioned that the University was moving west.

1945 Plans announced for an expanded Catholic Student Center. Plan strengthened when Fr. Brugman was authorized by Bishop Hayes to purchase a building site in the 400 block of Riverside Drive which was close to the center, 108 McLean Street.
Fall, city council of Iowa City deeded the land in the ravine to St. Thomas More Church with the stipulation that a path be constructed to the new lot.

1946 December, Bishop Hayes directed the center to build a Quonset chapel as a temporary solution.

June, Joseph DeLauro, a U of I MA student, sculpted statues of St. Joseph, Mary, and Child for Quonset chapel.
July, chapel was opened on the Feast Day of St. Thomas More.
October, blessing of the chapel by Bishop Hayes.
December, plans revealed for a new modernistic church.

1950 Basement of student center remodeled to provide a large kitchen and a lounge for students.

1952 Monsignor D.J. Conway became pastor.
House next to student center purchased to be used as a convent.

1955 Plans were in place to move Student Center to east side of the river.

1965 Catholic student population at U of I had increased to 2,900 in fall of 1965.
Construction of modernistic church began.

1989 Students from the Newman Center still help us in the preschool through grade nine Religious Education program, which now numbers over 500.

1995 The four Iowa City parishes collaborate to buy land in Coralville for $200,000 as a site for a future parish. Parishes asked to reach consensus about how a future parish would be established.

2013 Reverend Stephen C. Page is installed as the new Pastor.

2017 Reverend Charles A. Adam is installed as the new Pastor.

2019 On Palm Sunday,  St. Thomas More Parish celebrated the retirement of our debt by burning the mortgage at Mass

2020 Despite COVID 19 shutting down in person masses, membership grows to 1400 families.